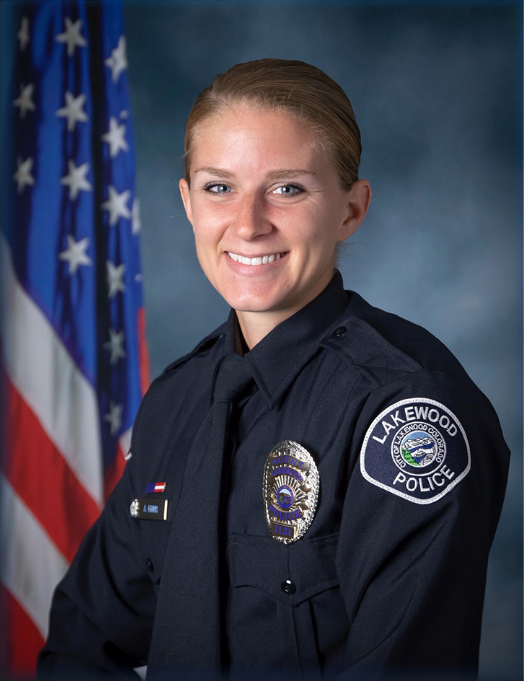 GOLDEN, Colo. (Aug. 22, 2022) – First Judicial District Attorney Alexis King announced today that Lakewood Police Department Agents Brianna Hagan and Ashley Ferris would not face charges for their use of force against Lyndon James McLeod, who murdered five people and wounded two others in Lakewood and Denver during a shooting spree on December 27, 2021.

The agents’ use of force was investigated by the First Judicial District Critical Incident Response Team, which investigates any incident in which a law enforcement officer within the First Judicial District uses deadly force, or attempts to use deadly force, against a person while acting under the color of official law enforcement duties. The CIRT team is comprised of highly trained and skilled investigators working under DA King’s authority and appointed from multiple law enforcement agencies. The multi-jurisdictional team of objective, dispassionate professionals protects the integrity of the investigation by exercising independent judgment in conducting a thorough investigation.

The District Attorney’s team reviewed over 2,100 photographs, approximately 900 pages of reports, and dozens of recorded interviews, in an investigation that revealed the following:

During the early evening of December 27, 2021, Mr. McLeod murdered three people, in two separate locations in Denver. DPD officers attempted to arrest Mr. McLeod in his van, but it led to a pursuit and an exchange of gunfire between Mr. McLeod and the officers. Mr. McLeod eluded capture and proceeded to the Lucky 13 Tattoo Parlor located at 1550 Kipling Street in Lakewood, where he entered the shop and shot and killed the manager. He then fled the scene in his van.

At 5:59 p.m., while responding to an unrelated call, Lakewood Police Agent Brianna Hagan heard radioed description of the shooter’s van from the Denver homicides, and then another description of the van aired at 5:59 p.m. as a result of the Kipling tattoo parlor shooting. At 6:03 p.m., Agent Hagan and another agent spotted the van driving eastbound on West Alameda Avenue. They initiated a traffic stop of the van, which then stopped abruptly in the Wells Fargo parking lot.

As Agent Hagan exited her patrol vehicle, Mr. McLeod quickly stepped out of the van and
immediately shot at Agent Hagan with what she perceived as a rifle or long gun. Agent Hagan estimated eight to ten rounds fired at her before she drew her duty weapon and fired two rounds at Mr. McLeod. Neither shot injured Mr. McLeod. From the time Agent Hagan got out of her car, was then shot at by Mr. McLeod, and ultimately returned fire, only seven seconds passed.

At 6:04 and 6:05 p.m., the agents aired “shots fired” and a description of Mr. McLeod, who fled into the shopping district. Between 6:05 and 6:12 p.m., agents began setting up a perimeter to ensure Mr. McLeod could not escape the area. Unbeknownst to them,
Mr. McLeod had entered the busy Ted’s Montana Grill, pointed a handgun at a
female employee, and fled at about 6:07 p.m. He then proceeded to the Hyatt
House Hotel, where he shot and killed the front desk clerk.

Agent Ashley Ferris was part of the team setting up a perimeter, and she was aware of the Denver homicides and Kipling tattoo parlor shootings, Mr. McLeod’s attempted murder of Agent Hagan, a brief physical description, and that he had fled on foot into
the shopping district. She parked her patrol car at the intersection of West Alaska Drive and South Vance Street. She observed that businesses were open and the area was heavily populated.

At that point, Agent Ferris realized Mr. McLeod matched the description of the man from the Wells Fargo shooting. Agent Ferris then reached out with her left hand toward Mr. McLeod, and told him, “Don’t hurt other people, please.” Seeing that Mr. McLeod had a handgun magazine in his left hand, Agent Ferris said, “Don’t do this,” and began backing away from Mr. McLeod. She drew her duty weapon and attempted to use her radio. She then saw Mr. McLeod open either his jacket or a closely held bag and all of a sudden he was holding a handgun. Mr. McLeod pointed the gun directly at her and said, “I’ll show you what I’ll do.” As Agent Ferris began to turn away, Mr. McLeod fired multiple rounds in her direction. Agent Ferris was struck with at least one round, causing serious injury to her lower torso. The force of the gunshot pushed Agent Ferris backwards and she fell to the ground. As she was falling, Agt. Ferris returned fire.

At approximately 6:12 p.m., while she was lying on the ground, Agent Ferris aired, “Shots fired. I’m hit.” About eighteen seconds passed from the point Mr. McLeod began to approach Agent Ferris, to when Mr. McLeod fired his first round at her. Mr. McLeod turned away from Agent Ferris and went toward the northeast corner of the intersection.

From the ground, Agent Ferris fired at least seven more rounds at Mr. McLeod, causing him to fall to the ground in front of her patrol vehicle. Despite her position and wound, Agent Ferris maintained a sight picture on Mr. McLeod because she was concerned he was still a threat. He appeared to be moving and possibly taking up a prone shooting position or reloading his handgun. From the ground and gravely injured, Agent Ferris then performed a tactical reload of her firearm, stretched out her right arm, and fired at least five more rounds at Mr. McLeod. Mr. McLeod did not survive, and remained on the ground in front of her patrol vehicle until other agents arrived.

In her decision letter, DA King determined that, given the circumstances, it was entirely reasonable for both agents to believe they were in imminent danger of deadly harm, and that no criminal charges can or should be brought against Agent Hagan and Agent Ferris under Colorado law.  DA King stated, “Agents Hagan and Ferris and their fellow officers from multiple agencies responded swiftly and bravely to end this spree of senseless violence in our community. Agent Ferris demonstrated particular heroism in returning fire while gravely wounded herself, and our community owes her and all of our law enforcement partners a debt of gratitude for their service during this tragic event.”

The CIRT 21-12 Decision Letter can be viewed/downloaded here